Professor of HISTORY OF PHILOSOPHY [M-FIL/06] 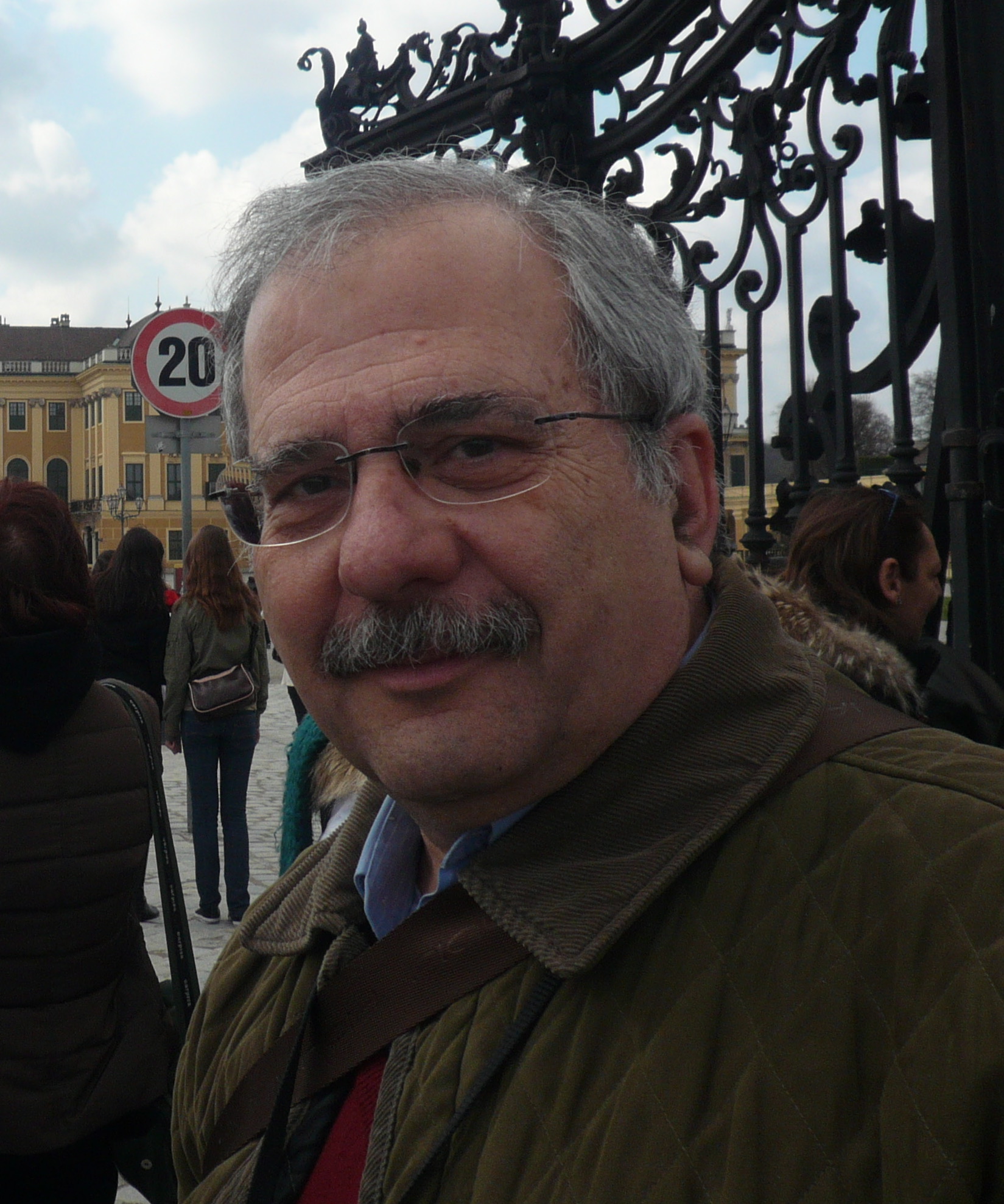 N.B. This person no longer works for this Department

Institutional and organizational network affiliates
He is currently Full Professor of History of Philosophy (M-FIL/06) at the Department of Education “Scienze della Formazione”, University of Catania; He also teaches the History of Contemporary Epistemology in the degree course in Psychological Sciences and Techniques. In the previous aa.aa. he also taught Logic and Philosophy of Science, History of Science, Aesthetic Practices. He is a member of the Advisory Committee of the “Poznan Studies in the Philosophy of the Sciences and the Humanities” (Rodopi Publisher, Amsterdam/Atlanta); he is also a member of the “Polish Journal of Philosophy” and of the Journal “PL.IT – Rassegna italiana di argomenti polacchi” (Italian review of Polish articles) and of Scientific Board of  “Il Protagora – Rivista di filosofia e cultura”, founded in 1959 by Bruno Widmar, and Historia Magistra. Together with Arianna Betti he was editor of the Polish Philosophy Page (http://www.fmag.unict.it/polhome.html) which in January 1999 was awarded the “Gems of the Web Award” by EpisthemeLinks.com. He is also a member of the SILFS (Società Italiana di Logica e Filosofia – the Italian Society for logic and philosophy), member of the SISF (Società Italiana degli Storici della Filosofia) and is a correspondent member of the Accademia Gioenia (founded in 1823). He is past chairperson of the SFI (Società Filosofica Italiana – the Italian Philosophy Society) for the years 2013-2016 and he is actually member of the national board of the aforementioned society. He was member of the National Commission of Scientific Qualification for the field of Theoretical Philosophy. He is research fellow of Mississippi State University and was appointed from 2015 as a member of the Council of Provosts of the Division of Humanities and Social Sciences of the Polish Academy of Science; this position was renewed for the period 2019-2022, and obtained for 2018-19 a fellowship for a study and research stay at PIASt (Polish Institute of Advanced Studies) in Warsaw.

Didactic and organizational assignments
In the past he was a member of the “Senato Accademico Integrato” (Integrated Italian Senate) for the formulation of the “Statuto d’Ateneo di Catania” (the Catania University Statute) and also a member of the Academic Senate from 1999 to 2002; member and then chairperson of the Administration Committee of the Catania University Print; a member of the Administration Committee at the Faculty of Education. He was also coordinator (and part of the teaching body) of the “Sector 3” Human Sciences – of the Sissis (School Specialization for Higher Education Teachers), division of Catania; member of the “Commission for the Training” of the Faculty of Education; a member of the “Joint Committee University-High Schools for the Curricula Assessment”, created in 2003 by the University of Catania on the basis of an agreement signed by the Chancellor and the Education Superintendent of Catania at the end of 2002; a member of the multimedia research group of the cluster 22 “Services for the Citizens and for the Territory” (funded by MIUR), he was especially involved in the sub-project WP4 “Research and Developments of New Approaches to Supported Didactics and to Multimedia Distributed Systems”, through which a new form of CBT courses in multimedia classrooms (History of Science class) was experimented at the University of Catania; a member of the “Nucleo di Valutazione” (Assessment nucleus) of the Kore University, Enna (2005-2009). He was also coordinator of the European research project MIRRORS - Monitoring Ideas Regarding Research Organizations and Reasons in Science – which was funded by the European Community, “Seventh Framework Program (FP7)” (2008-2009) and was the Head of Department of Education Processes “Dipartimento di Processi Formativi” (2006-2010). He was also a Delegate for the computerization of the Faculty of Education, University of Catania; a member of the Editorial Staff of the university newsletter “Bollettino d’Ateneo di Catania”, the Coordinator of the International PhD in “Human Sciences” in cooperation with the Mississippi State University, and chairperson of the Degree Course in “Science of Education and Formation Processes”. He is currently the coordinator of the Doctorate in Formative Processes, theoretical-transformative models and research methods applied to the territory.

Main research interests
His main interests concern the history of scientific philosophy in the twentieth century, with special emphasis on the problem of philosophical abstraction and the relationship between scientific and philosophical thought, particularly in the Polish analytical philosophical tradition of which he is one of the leading scholars - as is clear from Coniglione’s affiliations. He has also been engaged in the historical-epistemological analysis of some of the most important facets of twentieth century Italian philosophical thought. In recent years, following the research for MIRRORS carried out for the European Union, he has studied the impact that disciplines belonging to the History, Philosophy and Sociology of Science (HPSS) have had on the possibility of moving towards a society of knowledge that was the objective set by the EU in recent years. Therefore, he has studied the multiple meanings and the great transformations that such a transition brings both in the life associated with it and in the way of conceiving the traditional disciplinary partitions. In parallel to the interest in science and its rationality, in recent years he has also developed an interest for the “degenerate” form of thought, or for the intellectual and cultural traditions that opposed the triumph of scientific thinking and who expressed themselves in various forms of manifestations, ranging from magical thought to the most properly a-logic thought. This is the vast field that has been called “rejected knowledge” and which is intended to investigate connections with scientific thought during its development and, more importantly, the significance that this visionary part of human personality has from a point of Evolutionary view. This interest is also linked to an in-depth study of the concept of tacit knowledge, about which he is translating the epistemological texts of Ludwik Fleck into Italian in order to better clarify the processes of formation of scientific thought that cannot be completely reduced only to a logical and rational dimension. The book that collects these translations, with a detailed introduction, is currently in print: to complete this work, he was granted a salary at the Polish Institute of Advanced Studies of the Polish Academy of Sciences as a research fellow for five months, from October 2018 to February 2019. In addition to these interests of a scientific nature, in the wake of the research carried out on the knowledge society, he has also cultivated the reflection on education, on the organization of scientific research and on the university, condensing the experience so gained in the book Maledetta università. Fantasies and realities about the research system in Italy, Di Girolamo, Trapani 2011.

Didactic and scientific activities
After he won a scholarship at the Faculty of Political Science of the University of Catania which allowed him to carry out historical and methodological studies (supervised by Prof. Franco Leonardi) which culminated in the publication of the book La scienza impossibile. Dal popperismo alla critica del razionalismo – the impossible science. From Popperism to the criticism of rationalism (Il Mulino, Bologna 1978).
When teaching history and philosophy in high school he kept on studying the history and the philosophy of epistemology elaborating on the topic addressed in his above-mentioned book. He deepened his studies by analyzing the Polish philosophical tradition, especially regarding the Pozna? School. As a consequence, he collaborated with the Methodological Center of Poznan, publishing several essays and translations. From September 1985 to May 1986 he was Visiting Fellow at the A Mickiewicz University of Pozna? where he gave a series of seminars on the Italian Marxist tradition that were subsequently published in a volume entitled Il sentiero interrotto. Il fantasma della scienza nel marxismo teorico italiano – The interrupted path. The spectre of science in Italian Marxist theory. In the meantime, he deepened his knowledge on specific contributions of the Pozna? School as well as on the rich Polish analytic tradition in general (the Lwow-Warsaw School). Such studies came to constitute the background for a wide-reaching monograph entitled Realtà ed astrazione. Scuola polacca e epistemologia postpositivista – Reality and abstraction. The Polish school and postpositivist epistemology (CUECM, Catania 1990), in which he accomplished an historical reconstruction of the intellectual itineraries of both the Lwow-Warsaw and the Pozna? schools, connecting their origin and work with, among other factors, the political and cultural events that characterized Poland’s history in the aftermath of the second world war. During his university career, he continued to cooperate with the Pozna? Methodological Centre, publishing several works and readings. He has published a collection of unedited essays, La parola liberatrice. Momenti storici del rapporto tra filosofia e Scienze – The liberating word. Historical moments of the relationship between philosophy and science (CUECM, Catania 2002), in which he analyses leading the historical figures and philosophical topics of the 20th Century (Russell, Wittgenstein, Schlick, Popper, the Pozna? school, the concept of ‘abstraction’, Naturalized Epistemology and the relationship between epistemic foundation and free societies).
In recent years, he has deepened the tradition of European scientific thought, providing a critical assessment of the most recent developments, inserting them within the significance of the rational western tradition (Popper addio. Dalla crisi dell’epistemologia alla file del logos occidentale – Farewell Popper. From the epistemology crisis to the ranks of western logos, Bonanno editore, Acireale-Roma 2008). Besides, his reflections have been directed – following the responsibility of the MIRRORS project – towards a more exacting assessment of the relationship between science and society in its multiple aspects, in particular placing under analysis the importance of the knowledge society so as to reappraise the humanistic dimension in contrast to its interpretation in a scientist and technocratic sense. The fruits of this work are the volumes he has edited Nello specchio della scienza. Ricerca scientifica e politiche nella società della conoscenza, Bruno Mondadori, Milano 2009 and Through the Mirrors of Science, Ontos Verlag, Heusenstamm 2010, and the monographic number of the journal Axiomathes, entitled “Mirrors: Science and Knowledge Society” (vol. 19, n. 4, December 2009 - Springer Publisher).
He has always taken part in the scientific research groups funded by the CNR and by the MURST.
Coniglione has organized several International Congresses (on Positivism, Catania 2009; on Civil Philosophy, Catania 2013, On Actuality of Gorgia, Lentini 2017 and many others). He has also  taken part in several national and international seminars and congresses concerning the Polish analytical tradition and the history of epistemology. Among the most important: Zakopane, 16-20/10/1988; Universität Innsbruck, 1.-4. Febb. 1998; then Pozna?, Lublin, Trento, Napoli, Palermo, Messina, Crete, the University of Nevada, Mississippi State University, Pozna?, Warsaw and so on. In the meantime he has been involved in intensive teaching activity in his home Faculty (lectures, seminars on specific topics, tutorials, exams, supervision of final works, participation in teaching and administrative staff meetings and so on).